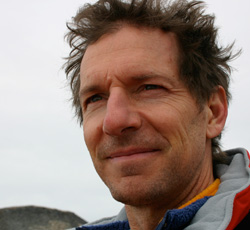 The Athlete’s Potential works with athletes to help them discover their true potential and with sponsors to help maximize the potential of their investment.

As a coach I can help the athletes TAP into their true potential. With my experience as a top level athlete, I can help them avoid the common pitfalls. My experience with video, both scripted and the run and gun documentary, I can tell the compelling (or humorous) story sponsors want to maximize the potential of their investment.

I participated in my first triathlon in the late summer of 1982, in Lake Tahoe. It was a cold windy day on the north shore. I remember it just like it was 29 years ago. In case you don’t know me, that means I remember. 29 minutes ago I’m far less likely to remember. I was racing bikes in the summer to strengthen my legs for skiing and found I was way better at cycling than skiing even though I’d only race bikes for a couple of months and skied my whole life. I raced bikes for a few years working my way up to Cat 2, but once I started winning money in triathlon, summer of 1986, I put the bike racing on hold. (As it turns out, it was on hold until the summer of 2009.)

I didn’t compete in another triathlon until spring of 1985, Bonelli Park. I did that series 3 times over the course of my time as a professional triathlete. Wouldn’t mind going back there some day to check out the course.

I stopped racing after the 1993 season and looked for something new to do. There was this thing called the world wide web that was getting some press and it sounded pretty interesting to me, so I started to poke around. I got a job with a friend in a start up, at first selling – not my forte – then went to writing HTML. It was far more like me to do something I could do on my own. I worked building sites and teaching companies and individuals the importance of the web and how it would shape our lives in the not too distance future. It was an exciting time to be witness and present. My interest and excitement for everyday was equal to my early days as a professional triathlete. Fortunate man.

I was in Cleveland for the ITU Worlds in 1996 and met a wildly energetic young man with personality to match and we hit if off immediately. He talked me into coaching him, and getting on board with his Olympic dream. The talent he showed was exceptional and our collaboration was wonderful experience.

Canon, in 1999, introduced their XL-1 Pro-Sumer video Camcorder and my interest was turned towards video production. Great camera, kinda wish I still had it. I got it to shoot a documentary on architects in the Lake Tahoe area. Didn’t really know how to do it, but had little doubt I could figure it out along the way. It was far more difficult and intricate than I anticipated, but it was a great stepping stone and learning experience. Over the next few years a group of us had so much fun making a bunch of ridiculously silly shorts. Oh, and I made a couple other documentaries as well.

I’m now coaching a select few, running altitude training camps in Taos in the summer and shooting video mostly within the triathlon and associated industries, athlete bios, race documentaries, product videos. I’m back to racing bikes, although I haven’t done any tris in 7 years, I plan on doing a few triathlons at least every ten years – next up Wildflower 2012. Maybe see you there.