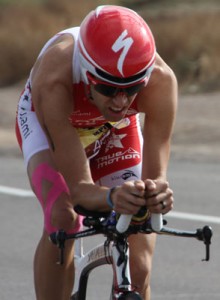 What does it feel like to try hard? Not everyone knows. Lots of people, I would go so far as to say most people, don’t really know what it feels like. So many people with enough talent to make a mark in this and so many other sports, just don’t know how to give a great effort.

I was talking to my wife about it last summer. She asked me if I could help her get in cycling shape. She wanted to ride faster. My first thought was, no, I can’t. I’m not going to get suckered in to training a spouse. That’s the kiss of death! She should ask someone other than me, so I gave her a few suggestions. But she wanted me to help her. So I gave it a shot. After all divorce isn’t the end of the world. It’s no big deal anymore.

I asked her what it feels like when she tries hard, and she did her best to describe it. After her description I thought to myself, she’s never tried hard. So I suggested the next time we ride, she add some 90 second all out intervals.

Now all out intervals are bloody awful to do. I did a few of these a month or so earlier to get ready for my first bike race, and it was hell! But I thought I’d let her have a go and see how she handled the discomfort.

A couple of days later we went for our usual 75 min loop and about 15 minutes in I suggested she try holding 24 mph along Salazar Road, a very slight downhill, not very smooth road heading south from the Square in Taos. She took off like a maniac, right up and over 25 mph. About 45 seconds later she stopped pedaling and had a wonderful panicked expression on her face. There wasn’t enough air!

I remembered this feeling from my first attempt at short very hard intervals. It feels like a horse has kicked you in the chest, and if you’ve never felt it before, I’m sure it’s scary. Fortunately I’d told her about my experience earlier and warned her about what to expect.

30 seconds or so passed and she lost the panicked look. She swapped it out with a glare. The kind of glare that has been turning men to pillars of salt for years. You know that look! A few minutes later she was actually proud of herself, and a smile started to appear. If you’ve never seen my wife’s smile, well let me just say, it’s been making men do crazy things for over 20 years.

I told her the second one wouldn’t be such a shock, because our bodies (in this case it’s as much the mind) adapt, and she should try it again. I suggested she go for at least 4 of these today. The second and third ones went very well. She started out slightly slower and held it for the whole 90 seconds. By the midway through the fourth one though, she was pooped! Legs had gone to mush. You know that feeling? If you don’t, maybe you’ve never really tried hard!

She was laughing by that point, because she just couldn’t push the pedals anymore. It does make you laugh. Once the panic has passed, and there is no more push in your legs, there is a certain amount of relief that bubbles up. Intervals like these are a little intimidating. When you’ve never done them before they are even scary. The feelings are all new and you don’t know if you’ll come out the other side unscarred. The answer is you don’t. You are scarred in a way. You are a little harder. Like it or not, you’re not the same person anymore. You’ve pushed past the first level of discomfort and lived to talk about.

Yes, this is only the first barrier that needs to be explored, and there are others. Each one presents it’s own challenges and rewards. Each one gives you greater insight into your own athletic and mental potential. How far are you interested in pushing your own will, exploring this part of your mind? When I was just starting my triathlon career, I was extremely curious to explore the feedback my body would give me in these situations. Not so much anymore!

Every time you push to this point you have to wonder, what’s beyond this. What’s next. And, once you get comfortable enough at this effort, why not check out what’s next? I mean it’s not like it will kill you! We aren’t like horses, and capable of running until we die. So give it a shot, it’s kinda scary fun! You never know, what’s beyond may even be easier to deal with. It may even feel peaceful and quiet.

This entry was posted in Thoughts, Triathlon. Bookmark the permalink.

One Response to Trying Hard